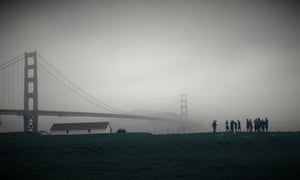 On Tuesday, a group of entrepreneurs from Silicon Valley officially announced that they will be starting a professional soccer team in San Francisco. The San Francisco Deltas, as the team will be known, have also declared it their intention to compete in the North American Soccer League, America’s second tier, and will take to the field in 2017.

Though this was the first official announcement the club have made to declare their NASL ambitions, there have been rumblings of a team starting in the city for a number of months. There have been fan gatherings in San Francisco; an alpha, beta, and now full-functioning website for the Deltas; and community meetings to help finalize a stadium: the Deltas have taken a grassroots approach to starting a soccer team – months before there is even a team ready to step onto the field.

“There are no billboards of the Deltas in San Francisco,” Brian Andres Helmick, the CEO of the Deltas, told the Guardian. “There are no TV commercials. It’s been time spent at the pub, at the pickup games, at adult recreation and competitive games, at soccer nonprofits, at youth soccer – just being out there and talking to people.”

Helmick, a Colombian-born entrepreneur who has lived in San Francisco for the past 13 years, has acted as the face of the operation so far. Since selling his company – a human resources platform for startups by the name of Algentis – in 2014, the 39-year-old said that he had been looking to start a new project.

Aware of the original North American Soccer League growing up, Helmick decided to explore the rebooted version of the NASL, which is yet to introduce a team to the West Coast. Meetings would follow with team owners, those close to the NASL and its fans. Convinced that the NASL was a viable investment, Helmick began searching for partners in July 2015. He claims to have secured enough investors to start an NASL team by the end of August.

“I’m a startup guy, a technology guy,” Helmick said. “We’re in a city where multibillion dollar companies started in a college dorm room or a garage. And what I like about the NASL model compared to the other model [Major League Soccer] is that you spend according to where you are in your phase of development. We can focus more funds on getting the fanbase going and putting the team together – rather than spending it on a franchise space.”

What Tuesday’s press release has revealed is a group that has a very Silicon Valley feel to it: “A diverse group of investors who have helped build companies like Apple, Facebook, Google, PayPal, Twitter and Yahoo … individuals from venture capital firms including Draper Fisher Jurvetson, Felicis and Precursor … entrepreneurs from Brazil who bring their expertise from the country with the most World Cup wins and the birthplace of some of the greatest players of all time.”

Emily Melton, a Deltas investor and partner at Draper Fisher Jurvetson said soccer is a sound area to back. “Timing is everything and current awareness of global soccer teams and players by Americans is at its peak,” she said. “The trend of average stadium attendance for pro soccer is not only outpacing, but in some cases surpassing that of the NBA and NHL.”

One of the club’s “three pillars” is transparency – the other two are innovation and community – and over the coming months the Deltas intend to release more information about their backers. Helmick says he has strict criteria for those who he wishes to be involved with his club: he has to know them personally; respect them professionally; be reassured that they had some affinity to sport; and, well, that “they have to be nice” – a factor that, Helmick said, often gets a nervous laugh.

Having secured backing, Helmick said that the process so far has not felt like a business venture . “We’re just fans running a team,” he said. This sense of fandom may be because many of the Deltas’ decisions have been at ground rather than boardroom level. For example, the first hire the club made for its now six-strong team was a director of community outreach.

Those linked to the Deltas have visited bars in the city, at 5am, to watch English Premier League games and chat to fans. The name Delta came from such discussions as did the logo. And through discussions that Helmick compared to a few guys chatting over beers, it was decided that the Deltas “Number One Fan” – the individual who refers the most people to purchase season tickets – will be given a ticket for life.

He added: “We are in the early adopter capital of the world, so if there’s ever going to be a place where you can try new things [in soccer] it’s going to be in San Francisco.”

With a clean slate and many of the community that the club are looking to target being tech-savvy, the Deltas say they hope to use artificial intelligence to enhance the fan and player experiences. One of the ways the club hopes to do so is through smart ticketing: technology that allows fans to move seats from game to game, based, primarily, on their interests and backgrounds. For example, in one match a fan could sit with her family and children, in another, if alone, she could move to the louder, more energetic supporters’ section. In another match that same fan could use the technology to sit with those who support the same European club team as them, or sit by those of the same nationality. Fans will also be able to vote on the food trucks that they would like at each match, Helmick said.

On the playing side, the club intend to experiment with virtual reality. They hope VR will improve goalkeepers’ reflexes, as it allows them to simulate more saves in a shorter space of time than on the training ground. “As I have approached some of these companies, one of the main selling points is that we are so close,” Helmick said. “I’m a startup guy. I’m OK with failure. I’m OK with experimentation. I don’t mind failing and making mistakes, as long as we’re not making the same mistakes.”

But concepts, chat, and groundwork aside, the main reason the Deltas have held off making an announcement about the team’s intentions, Helmick said, is because there was one crucial cornerstone to put in place: the stadium. Set to be married in June, Helmick used this analogy: “Until you have a venue to get married, talking about the music or the food doesn’t make sense.”

On 17 March, the Deltas were granted a five-year permit to play at the historic Kezar Stadium – the home of the San Francisco 49ers between 1946 and 1970. During the two-week period, from the beginning to the end of of the hearing, the City received 1,400 letters of support (23 opposed), more than 200 people were reported to have shown up for the decision, and around 50 people spoke of their support. As part of the agreement, the Delta’s opted to pay $460,000 in renovations to the stadium, offer 3,000 tickets per game for $20 or less, and donate 200 tickets per game to local youth and nonprofit groups. With a stadium now in place, the team say they can move forward in other areas.

Though the Deltas express an interest in joining the North American Soccer League, the league itself are yet to provide comment. (Bill Peterson, the commissioner of the NASL, was unable to respond to requests at time of publication.) Helmick, too, said that he could not provide comment on the league’s intentions. Some, though, will draw conclusions from the fact that the NASL hopes to have a team on the West Coast next season; the Deltas first game, in February 2017, is during the off season of the league, which starts in April. One local media outlet has also reported that the team will join the NASL.

But until the league provides comment, the Deltas intend to continue operating as they were, expanding their front office (a description Helmick dislikes) as well as their on-field staff. The group hopes to have a coach in place by August 2016, and over the coming months staff will continue to meet with members of the Bay Area’s soccer community – be it at a bar or at lower-level matches. “One fan at a time,” Helmick said. “I believe you have to listen as much as you talk.” 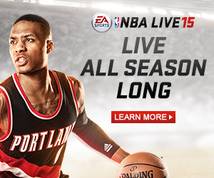